About nine years ago, I bought the shirt in the photo below, new. It's jewel-purple, comfortable, and flattering. I loved this shirt so much I wore it for my BA graduation.

I did not love it as much as that pink bag, but both were to meet a sad fate:
In the meantime, when I found a bright pink version of the same shirt in an Oxfam shop, I had to pick it up. 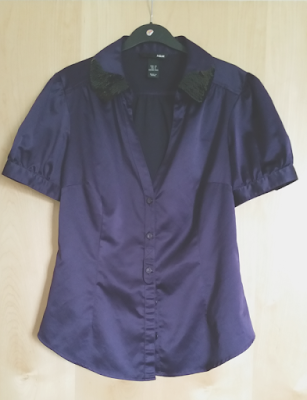 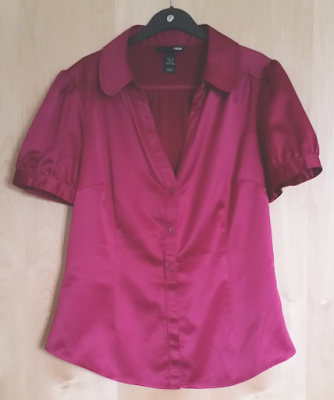 They are identical, except that I still have the belt that came with the purple shirt, and the pink shirt's belt is missing.

You'll note that the purple shirt now has a sequinned collar - that's how, after the years of procrastination, I decided to cover up the melted bit. I finished sewing on the last of the sequins a couple of days ago and I'm very happy with the result. It's not perfect, but it's wearable once more. 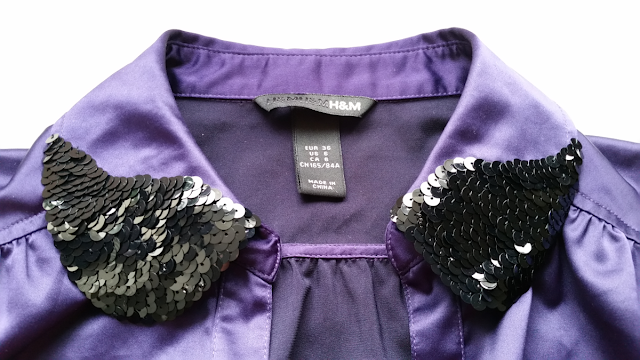 The sequins are also recycled - they're from an old top of my mum's that was unwearable after the elastic stopped working.

Have you ever bought the same thing twice? I love that I can find items I loved again in charity shops!
Written by Julianne at 15:55