4 Make-up Products That I Can't Get Excited About

I am thrilled by the sight of colourful, sparkly eyeshadows. I love reading perfume reviews, even though I want to smell perfume before I buy it. If a blogger has reviewed a new lipstick range, I feel kind of like it's Christmas. However, there are some products that I just don't care about. I may not be using the Best Ever version of that product, but I can't be bothered to ruthlessly hunt it down.

I only wear foundation because heavy eyeshadow and under-eye concealer looks really weird on me if I don't have something on the rest of my face. When I was a teenager, I was obsessed about covering my spots and freckles, but now I rarely get massive spots and quite like my freckles. Unfortunately, even the thinnest layer of foundation seems cover to them up.

I have tried four foundations in my life. The first was a Rimmel stick foundation. I went through several tubes because they were often on sale for only a few pounds at my local pharmacy. Then when that supply ran out, I moved onto Stay Matte because it was the cheapest. Finally, I tried the Cool Matte mousse foundation in the lightest shade, but it oxidised and went orange just the same. 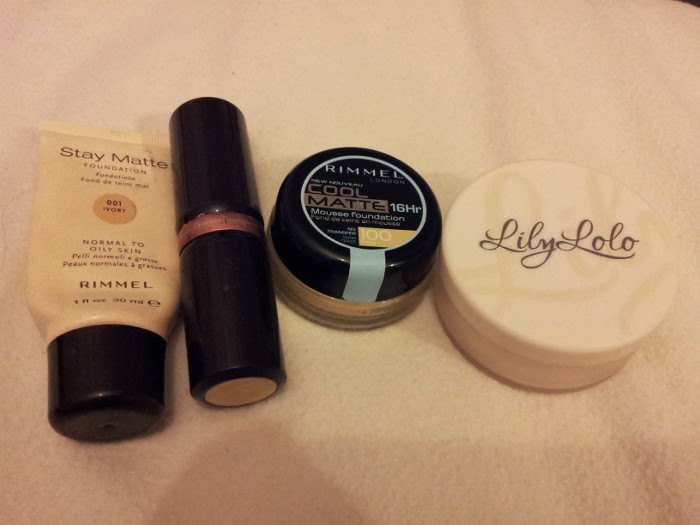 Finally, I was old enough to own a debit card, and I orderedsome samples of Lily Lolo's foundation. I found a good enough match in 'Porcelain', and haven't bought another foundation since.

I am resolutely pale. I bought a bronzer once, in my teens. I applied it so sparingly to my face that it didn't show up. I used it as an eyeshadow a couple of times, then passed it on to my sister.

I own four blushers. A light pink one, a really light pink one, a darker rose one, and a bright almost florescent magenta. This is already two more than I actually need. I do read reviews of blush, and occasionally I bookmark one, but every one I like is an almost-dupe for one of the four I already own. I don't see the point in buying them, so I don't.

I love mascara. I always have and always will, but it's just not exciting. I've yet to find a realy great purple mascara, though I always have three black mascaras on the go. One that I've had open for a while, for 'natural' lashes; a newer one, for when I'm going out; and a double-ender, for when I want extra volume. 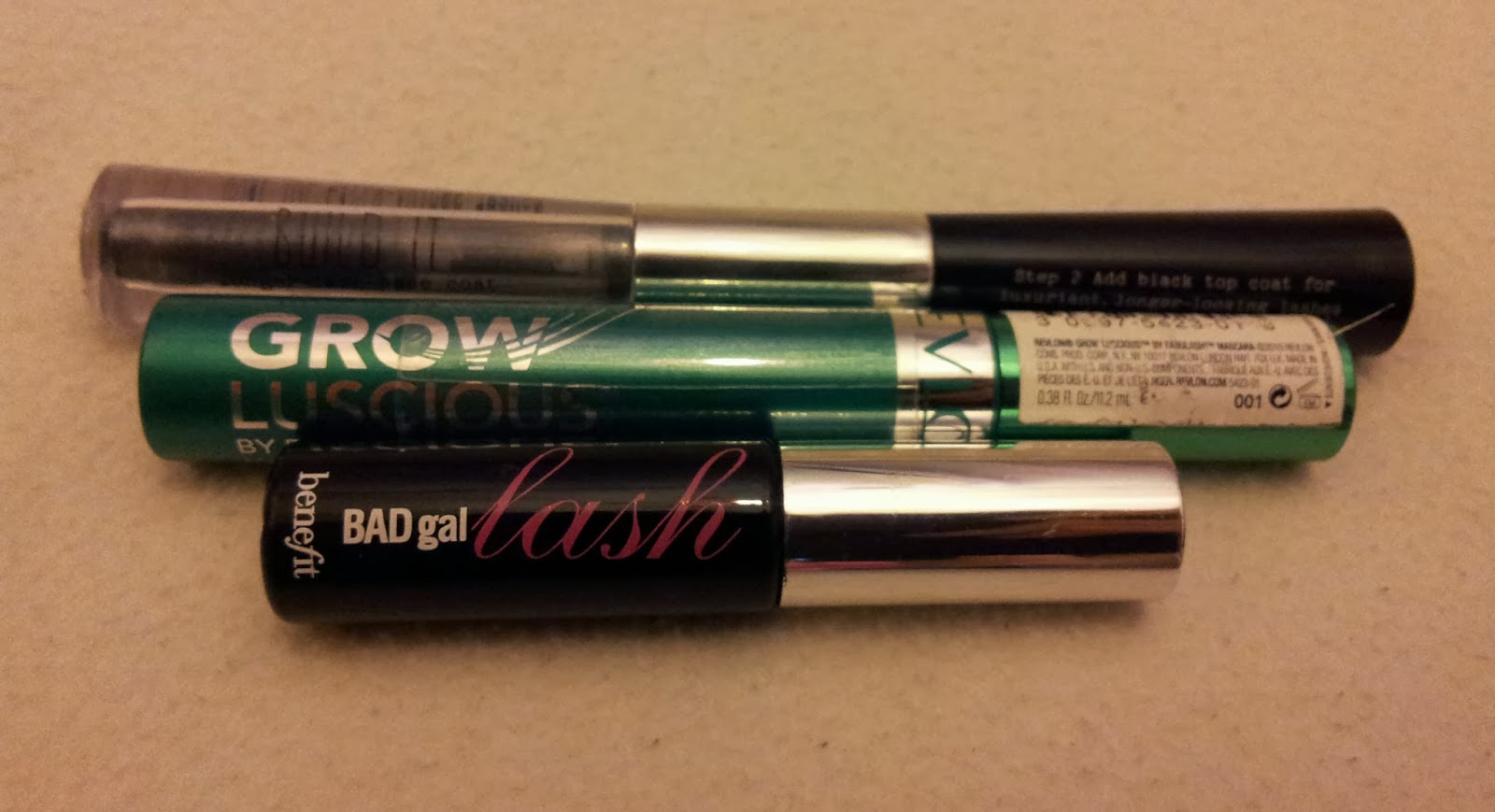 I've found that the brands don't really matter. As long as the mascara is of the 'volumising' variety, it usually works fine. I really like the Benefit Bad Gal mascara, but that's only because it is the least clumpy mascara that I have ever tried. I don't think that it's any more volumising or black than any other I've tried, but it's so clump-resistant that I can wear three coats without it looking ridiculous. I pulled out the stopper on this tiny sample about a month ago and it's still not really going clumpy. I'm not sure I'll be buying the full size any time soon, as it's £17.50.

Do you love all types or  make-up products, or are there some things that aren't your cup of tea? Can you get excited over these basic items?
Written by Julianne at 00:19