The V&A - the world's greatest place to buy rings?

No, it's not their official tagline but I would certainly consider them for such an award. 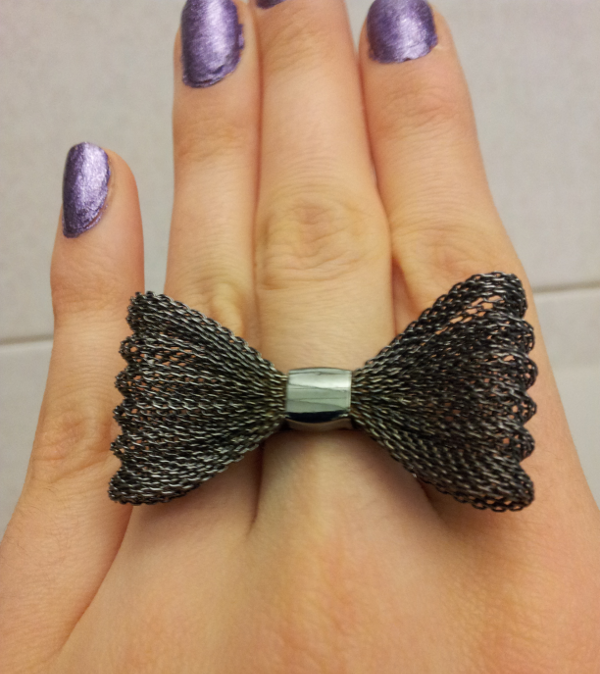 I've been visiting the V&A more and more frequently over the last two years. At this point I think I visit at least every other month. If I'm not going to a specific exhibition then I'm there for a Friday Late, or to meet friends. In any case, unless I've got to rush off, or was so entranced by something I accidentally stayed in the galleries until closing time, I allow plenty of time to visit the shop.

A few months ago, I left with a genius invention - a multi-hole pencil sharpener for £5. I am finally able to sharpen all my eyeliner pencils, from the oddly tiny to the bizarrely large! But last time, I procrastinated too much, and went home empty-handed. 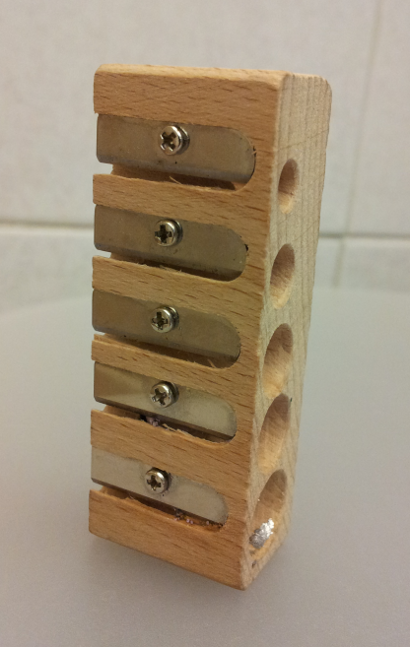 I just couldn't decide which rings I wanted to buy. There was a snake on a stretchy beaded band that I was particularly taken with, and others with big, multifaceted sparkling 'gems' on a metal base. I really liked two different bow rings - as well as the wire one above, there was another in the style of a gift bow.

I was punished for my indecision - after Christmas, I went back with some money I'd been given, meaning to buy one of each only to find the gift bow rings and the mega-gems were no longer available (and I checked all three shops!). I found the snake ring but decided it was just that tiniest bit too impractical for regular wear and I couldn't justify the price tag, even though it had been reduced recently, as the exhibition it ties in with (Hollywood Costume) is soon to come to an end. 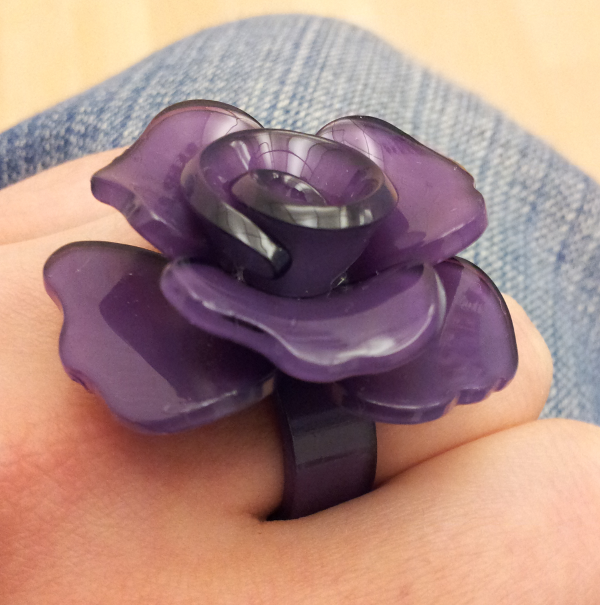 However, I did get the wire bow plus the above purple resin rose, which unlike most of the other rings available, had a big enough band to fit my finger. I don't think it'll get much wear until the summer, because I'm afraid pulling my winter layers on and off will break it. But it, like the wire bow, was only £5, so I can live with that. 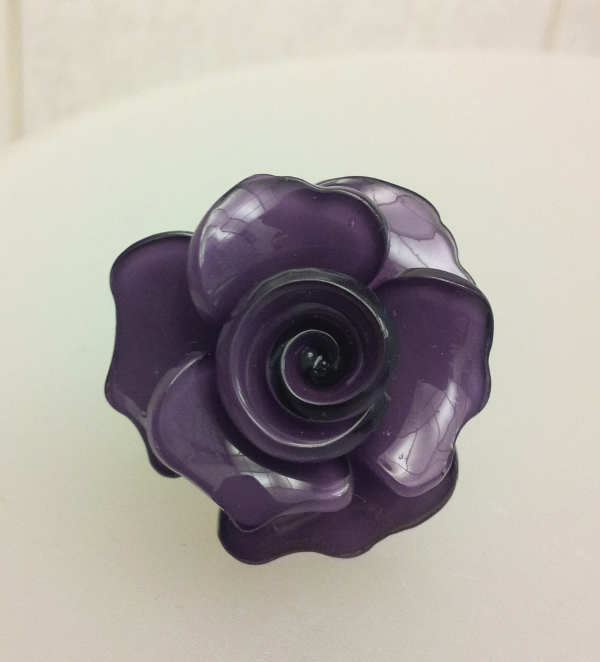 Anyone else find museum shops irresistibly good? Does that question sound too much like a chocolate ad?
Written by Julianne at 21:59 2 comments: